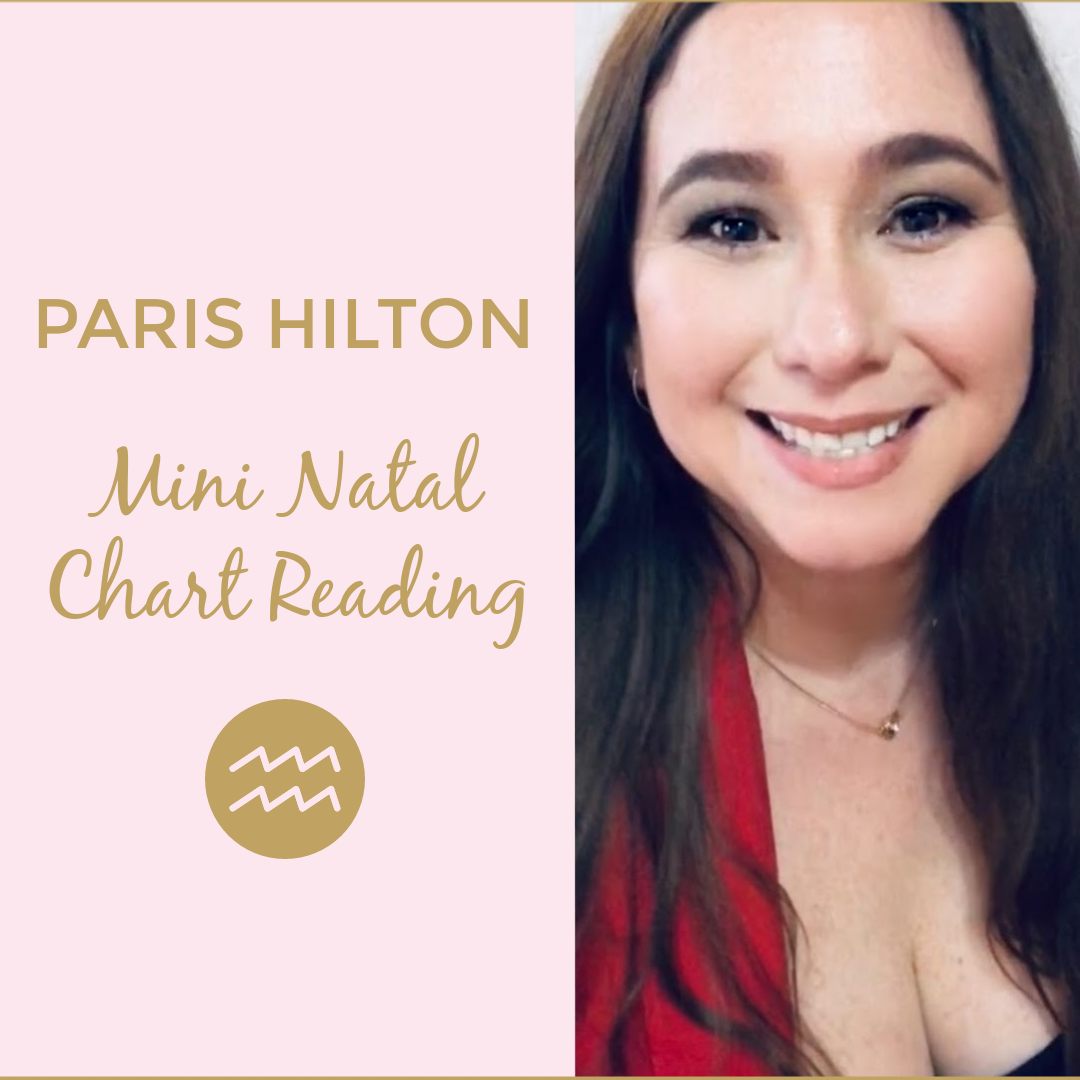 Only the people that matter sees Paris Hilton as an “Intellectual Royal Genius.”

Paris Hilton’s documentary drops today, September 14, 2020, which goes very well with her natal moon in Leo since the moon in is Leo today. I’m not sure if she consulted and coordinated the date with an astrologer to premiere her documentary on this day, but the day is extremely favorable. I’m so excited to watch the documentary because I want to see how much it matches to my video on her mini chart reading. Also, I want to watch because to me, she is still the “It Girl,” who has become a powerful woman. Below I will go over Paris Hilton’s Natal Chart, explain her sun, moon, and ascendant, some astrological aspects, and what the future has in store for her.

The Astrology of Paris Hilton.

Ascendant in Sagittarius: The Party Girl.

Her ascendant is Sagittarius and this is the mask she has chosen to show the world. The Zodiac Sign of Sagittarius is known to be: the life of the party, the eternal bachelor, philosopher, and seeker of truth and knowledge. For a long time, Paris Hilton was known as the “Party Girl” with pictures always taken at different clubs all over the world. As she continues to evolve, she continues to party but with knowledge. She went from a party girl to the number 1 woman DJ in the world. She has managed to reinvent her partying ways to benefit her, which is very savvy on her part.

Paris Hilton came into this world with a sun in Aquarius in the second house of her natal chart. She comes into this world to revolutionize her self-worth, her personal finances, and material possessions. In other words, things that truly matter to her and empower her, and most importantly, she will never let anyone take her light away. This is something she will continue to learn through her life because she needs to evolve into a woman who stands up for herself and others.

It’s ironic how Paris Hilton connects with the world and gives a part of herself to it as well, however, I think she would rather not be so public. I think she would rather spend time with her siblings while constantly viewing different types of social media and learning a variety of things such as cooking, language, fashion, palmistry, knitting, etc.  On the other hand, she seeks comforts in a big dramatic way. She needs constant adoration and admiration from everyone so that she can feel comfortable and be a comfort others. She wants validity for her feelings. Remember, there is a big difference between wanting and needing. I will explain her “wants” when we talk about her Venus in Aquarius later in this article.

Her mercury is close and ahead of her sun, which gives her a very quick mind, probably faster than lightning speed.  Mercury in Aquarius makes her very creative, quick, and learns new things with ease. Savvy with words. Paris has come up with her own language. She has already given us “That’s hot” “Loves it”, and “Sliving”. I think language is something she picks up easily. I wonder how many languages she speaks?

Her sun joins together with her Venus (a wide orb), which gives her poise, charisma, and beauty within her own right. She’s fashionable and is up with the latest trends. In fact, she makes the trends whether it be in fashion, language or ideas. If you want to stay current in the fashion world all you need to do is look at Paris Hilton.

Venus is normally associated with love, however, I like to think that it has to do with wants. So what does a person like Paris Hilton with a Venus in Aquarius want?  She wants to be original and independent. She wants romance with witty words, thought provoking ideas, and standing up for her when needed. Win her over with unique ideas and give her space. She wants people, especially her lover, to respect her, her ideas, and be loyal to her. She may seem to wander off and look aloof but she is a generous person with a heart of gold who wants admiration for her innovative ideas.

The current north node in Gemini is landing on her 7th house of marriage and partnership favorably to her Jupiter and Saturn in Libra in the 10th house of status and career. I think within the next 2 years, her status will change. This could mean that she will get married. Another form of status change can be a move from business woman to a conglomerate mogul. But there will be more growing up and maturing to do with her transiting Saturn hitting her Sun, which will begin this year on December 17, 2020.  She will have sombering moments that will make her reflect on who she is and who she wants to be.

I quickly looked at Carter’s Return chart, and I am loving her relationship with Carter Reum, who is an Aquarius Sun and Venus in Aquarius (he has a lot of planets in air signs so sometimes he needs help to land on earth). He totally gets how she wants to be loved and can fulfill her wants and desires. He can be her equal. Another strong connection they have is that his north node joins her moon. He brings a lot of purpose and meaning into her life and he can fulfill that need of admiration. He is coming into her life to give her a new purpose and direction. The future comes with some trials and tribulations (but isn’t that life, though?) but in the long run it’s looking bright for her.

If you are interesting in a consultation reading, you may book your reading today by clicking << here.>>