Have you seen 365 Days on Netflix yet? Netflix did great in picking up this super sexy and steamy film. It has given back to most women and men, a sexier version of Christian Grey in an Italian format with a much better storyline, in my humble opinion. Massimo Torricelli makes Christian Grey look like child’s play. Quite frankly, I think Michele Morrone was born to play Massimo Torricelli.

The hot and talented actor, singer, and dancer, Michele Morrone, plays the role of super Alpha Man, mafioso Massimo Torricelli in “365 Days”. He does such an excellent job at playing this role that it’s sometimes difficult to distinguish the character from the actor. But here I am to tell you a bit about Michele Morrone.

He sometimes reminds me of Jason Momoa. Don’t you think?

The Astrology of Michele Morrone.

First, I want to start off by saying that I do not have his time of birth, however, I have erected a chart of October 3, 1990, with a time of 6:00 a.m. in Melegnano, Italy, however, I will not use the ascendant of the chart nor the houses when reading his chart. I will only concentrate on sign placements and planetary aspects on the day he was born.

One of the things that jumps out at me first, is that he is 29 years old who has survived his first Saturn Return (his Saturn is in 18 degrees of Capricorn). A Saturn Return is an astrological transit that occurs when the planet Saturn returns to the same place that it occupied at the moment of a person’s birth and it occurs approximately every 27 to 29 years. Saturn is a rite of passage to maturity. It’s a difficult time period because Saturn forces people to face mistakes, actions, and grow up.

It is my understanding that he divorced about 3 years ago (the start of his Saturn return), which left him heartbroken and he fell into depression leading him to leave the acting business. Saturn can lead people to depression but the lessons learned with Saturn takes us to conquer, excel, and master the hard lessons. And this is exactly what he did. He persevered and returned to acting.

His chart shows that the prominent modality is cardinal. This makes him an ambitious person that initiates projects but not necessarily completes them. He is driven to be “first”  and may prefer to be the boss.

Another dominance in his chart is the element of Air, however his chart lacks fire. He likes to communicate and exchange ideas but has a danger of living in the mind instead of the real world. The lack of fire indicates that there may be a struggle with being spontaneous, courageous, self-expressive, self motivated, and/or sometimes fearful or have self doubt. Then again, sometimes when you lack an element such as fire in your chart, you may overcompensate for it by taking on roles that are super macho; alpha male.

At times, he may express himself in an overly dramatic manner. A good way to bring balance of the fire element is by taking more risks and expressing his anger in a healthy and controlled environment. I would tell him to spend time with people of the sun signs Aries, Leo or Sagittarius this way he can bring the fire element into his life in a healthy way and learn from the fire signs as well.

Sun in Libra, Moon in Pisces: The Charming Intuitive.

Indecisiveness and addiction can be his downfall. He should stay away from alcohol and drugs since his body can be more sensitive to substances more so than other people. His Pisces Moon makes him very sensitive and with physic abilities with a tendency of being a victim or being the victimizer. He may have moments in which he goes into his fantasy land to escape the heaviness of everyday routines. By escaping or withdrawing into his fantasy land, he is able to recharge his batteries. His Pisces Moon makes him very sensitive when dealing with other people’s energies.

Sun conjunct Venus. This aspect makes him an extremely attractive man or at the very least, a charming man. He has good taste in clothes, dresses well, and has an eye for the finer things in life. He has charming ways that makes it very easy to make friends.

A challenge with this aspect is that he may overindulge. He is well mannered, graceful, and romantic. He will not tolerate anyone in his circle to be rude, ill mannered and/or distasteful. He likes his women to dress well, be socially apt, sophisticated, and emotionally intelligent. His type of woman is a woman that acts like a lady in public and who can sexually be experimental with him. He doesn’t like women to be rude or crass.

Venus Square Uranus. He has an intense magnetism about him that attracts people to him. I suspect that for the first 30 years of his life, love has had its ups and downs. Relationships start and end quickly. A lot of unexpected breakups. Conventional or traditional types of relationships are not suited for this type of aspect because freedom is necessary in loving relationships. He may even push the boundaries of a relationship. Also, expressing love is not so easy.

Sun Square Uranus. In the earlier years of his life he may have been rebellious especially with his father or may have had an absent relationship with his father. This aspect brings impulsive energy which makes him do things in his own unique way and not follow the crowd. Relationships under this aspect are not easy because there is a disruption or break away. There is a need to break away from the relationship once he starts to feel stifled or pressured. Eventually, as he gets older, he will be able to handle and use this energy in a better way perhaps through creative self expression.

The transiting Saturn in Aquarius will trine his Sun in Libra which will help him solidify and master his craft. He will become more responsible, practical, and seek balance and stability. As a result of mastering his craft, he will receive recognition and achievements. But remember, this can’t be attained without putting in the work, dedication, patience, and determination.  This transit lasts about 2 to 3 years.

I look forward to seeing what the future may bring to this bright and beautiful man, Michele Morrone. I wish him much luck!

If you are interesting in a natal chart reading, you may book your reading today by clicking << here.>>

One thought on “360 Degrees of Michele Morrone: An Astrological Look” 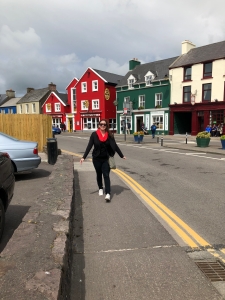